School and Sports Specialists ‘The Smarter Choice since 1863’

Hewitts of Croydon is a leading provider of Schoolwear in the Croydon, Greater London and South East area. The company has been trading for over 150 years with a rich history rooted in its community. We proudly supply uniforms for over 100 schools with continual growth and development in this sector.

The Company also provides Sports Equipment and Clothing to diversify its product range whilst keeping in line with the needs of our existing consumer base. Our sports department has gone from strength to strength and is committed to its progression and expansion.

The company is notably one of the longest running retailers of Scout Uniform dating back to 1908. We work closely with the Scouts Association and the Girl Guiding Association offering our continued support to the development of our youths.

The company began life as a retail men's outfitter and tailor in Church Road in 1863. It was founded by Charles George Hewitt the great‑great‑grandfather of Martin Hewitt the current Managing Director. The company eventually moved into Church Street in 1866

Since then many noticeable changes took place that had momentous effects in moulding it into the company it is today:

1908:     Approached by the Boy Scouts Association to sell the 'uniform and accoutrements' for their members in the 'Croydon District'. The agreement which formalised this arrangement gives validity to the claim that this company is probably the oldest Scout shop in the world. 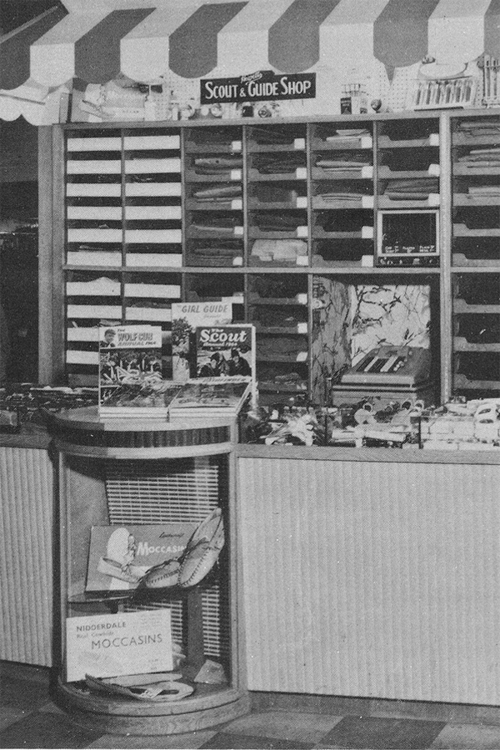 C.1914: Approached by the headmaster of Ashburton School for boys (now known as Oasis Shirley Park) who wished us to sell the Scout pullover to the boys of his school and thereby introducing uniform into a state school for the first time in this area, and possibly any area.

C.1920: With a school trade beginning to become established it was inevitable that the company become involved in sports clothing and equipment to cater for the growing demands of school sports masters. At around the same time, the company diversified in the 'Scout department' with the introduction of basic camping equipment to satisfy the needs of the now quite large Boy Scout Movement.

1904 to 1970: Throughout this period there were expansionist plans laid and carried out including branches opened at Wimbledon, New Addington, Norbury, Mitcham and Welling (Kent). They were aimed at particular markets, but have since closed. 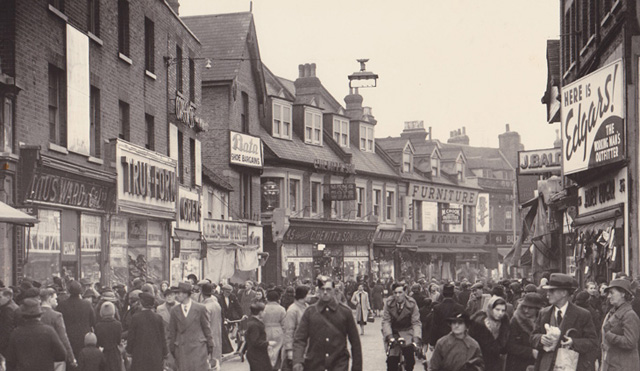 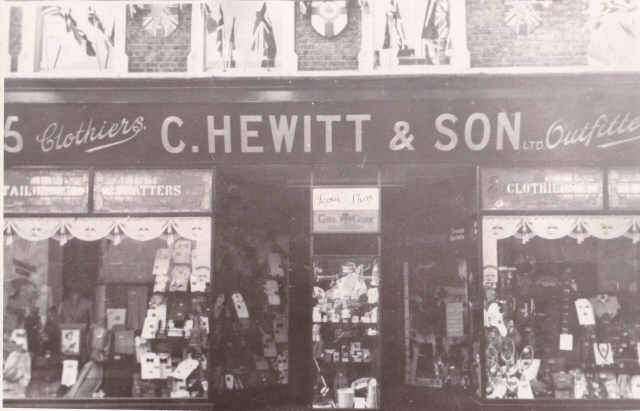 1960:     The great fire of June 1960 destroyed the premises at 45/49 Church Street, but the business was trading again within a fortnight and there followed a period of business expansion. 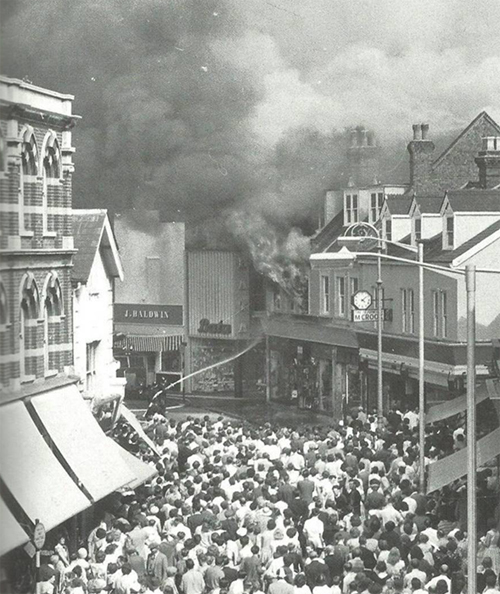 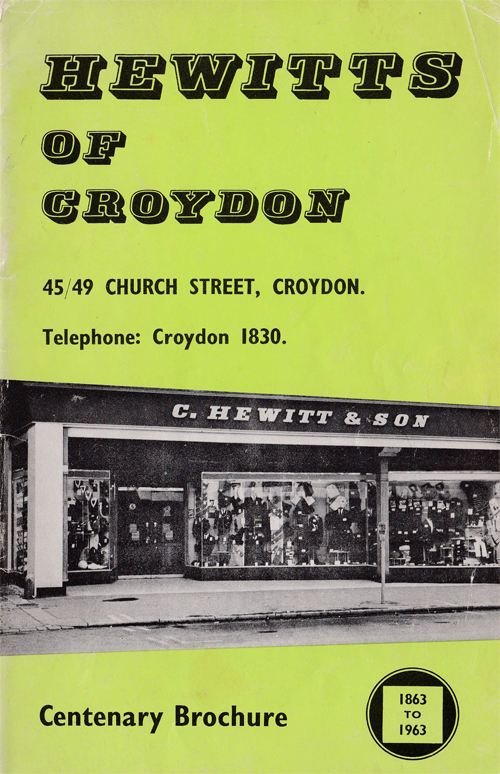 1970s:    The purchase of 51 Church Street enlarged the shop to its present size with the Sport, Leisure, Scout and Guide departments on the Ground floor and the Schools department on the first floor.

2000s:    The Company continued to evolve and saw an overhaul in Management and change to the Departmental appearance and growth 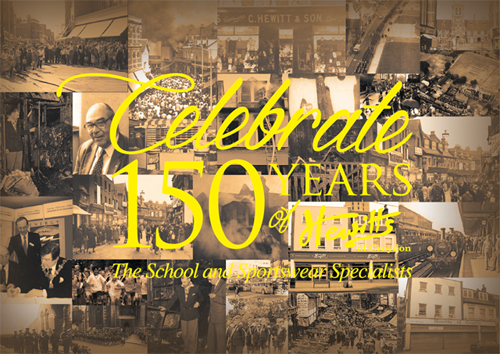 2015:     Launch of the Company’s website allowing customers to shop online 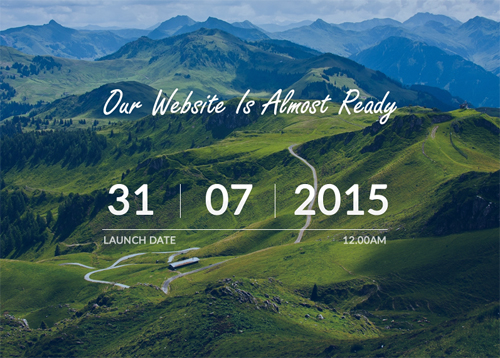 2015:     Hewitts of Croydon is Commended in the Independent Retailer of the Year 2015 at the Croydon Business Excellence Awards 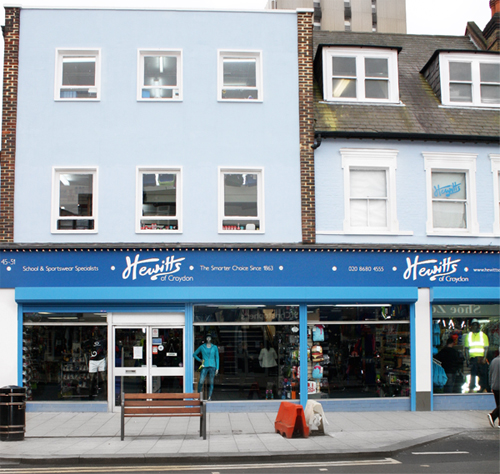 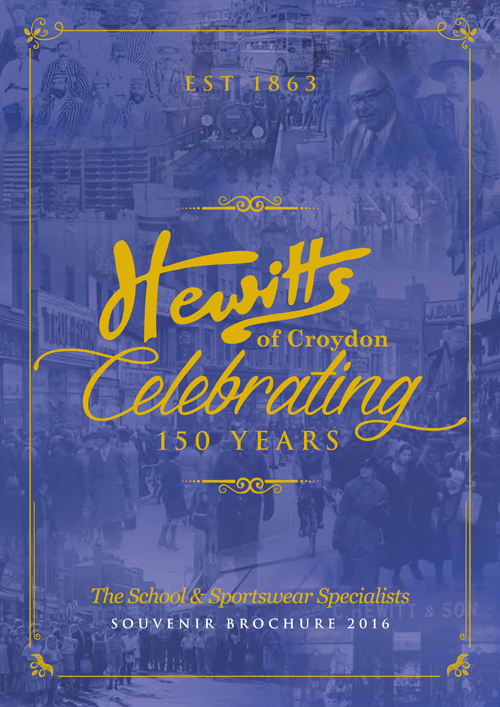 2016:     Hewitts of Croydon wins Business of the Year 2016 at the Croydon Business Excellence Awards 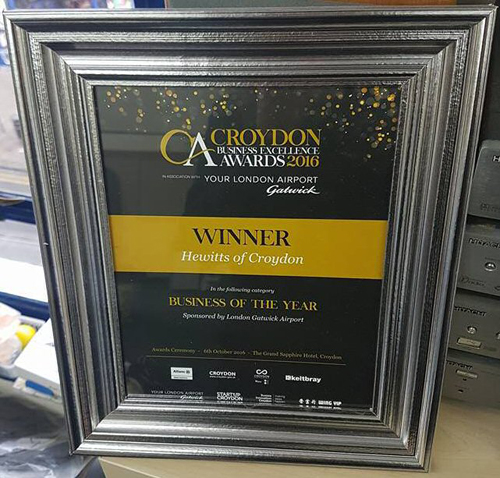